The recent heatwave leaves no question: summer has arrived! With the church-plant team on the ground, a concerted effort has begun to build relationships in Central Falls. The team will be volunteering with the city’s summer food program, distributing free breakfast and lunch in local parks to children in the community. Food distribution is a tangible way of communicating care for the community while building long-term relationships with city officials and local families. Making disciples is a marathon, not a sprint, and relationships are key to long-term presence. The words of the apostle Paul have provided guidance to the team’s approach in relationship building:

Understanding the culture is vital to representing Christ well in a community. A Cru Summer Mission team has partnered with NEU Church Planting for the month of July to begin the process of “decoding the neighborhood.” They will be working side-by-side with NEU this summer, spending time in the parks, engaging locals in conversation, and learning about what makes Central Falls unique. Their time in the community has been dubbed, “Operation Big Dig,” with a focus on digging for insights about Central Falls so that the foundation of Christ can be laid for a church. They will be looking to answer questions like, “Where are the local hangouts?” “What do people believe about God?” “What are the perceived needs of the community?” and more. Whether distributing food, playing soccer in the park, dancing Zumba on a Wednesday evening, or drinking coffee with a new friend, every activity is an opportunity to strengthen relationships and make disciples. Please partner with us in praying for these teams during their time in Central Falls this summer. 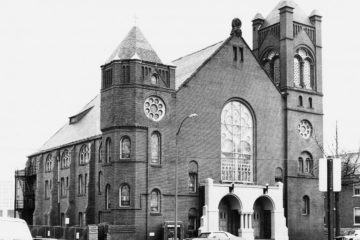